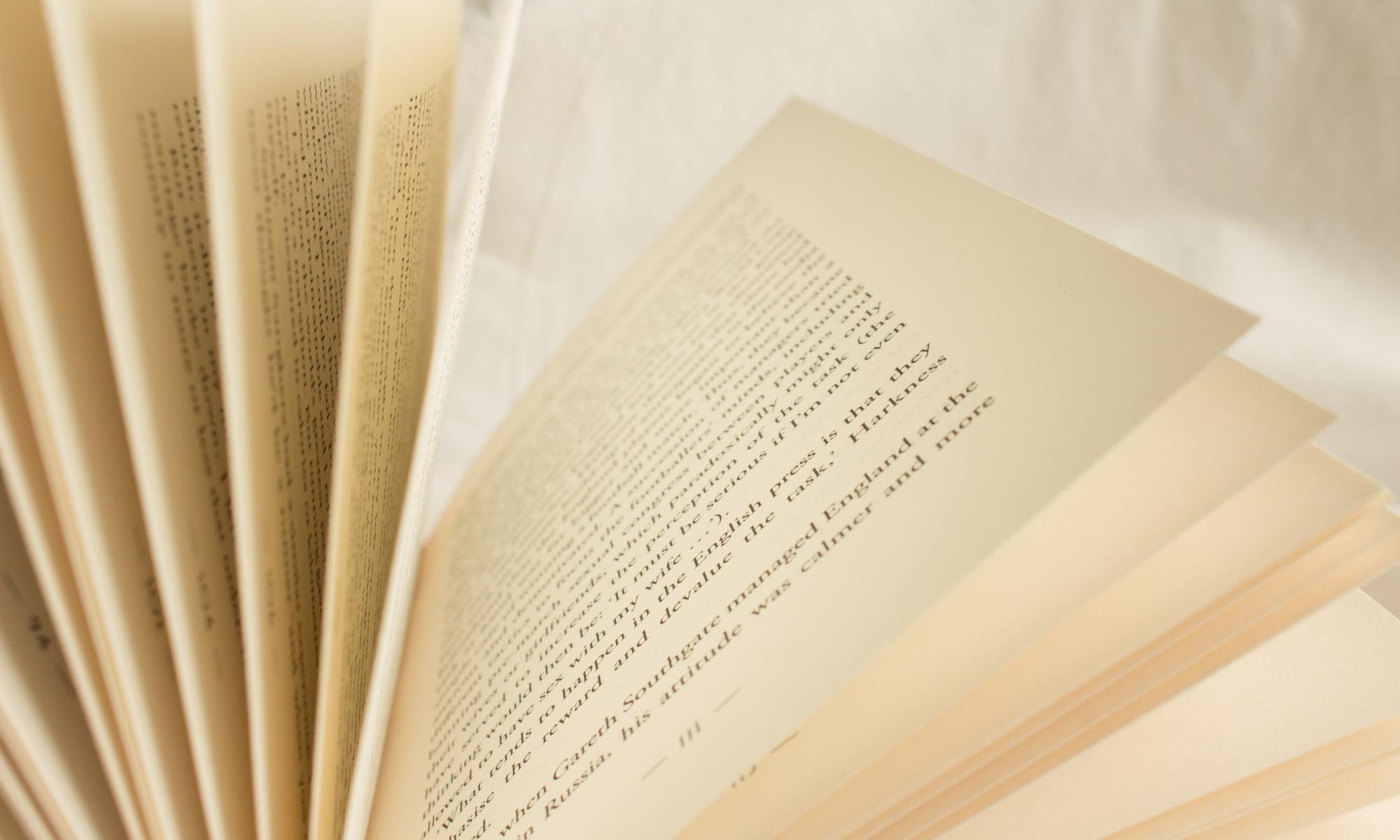 I’m back after a Christmas break and am so excited to finally be sharing my favorite books of 2018. My favorites are determined by what books earned 5-star ratings from me on Goodreads. I’m stingy with my stars, so a 5-star book is one that had great prose, a strong viewpoint, and a story that stays with me. Out of the 60 books I read in 2018, only seven earned 5 stars. Five of them are 2018 releases, and two are backlist titles from the same series. Toward the end of the post, I’ll also list some honorable mentions. These titles are in random order as ranking them caused too much literary stress. Let’s get started!

The Female Persuasion by Meg Wolitzer

The Goodreads Summary: Greer Kadetsky is a shy college freshman when she meets the woman she hopes will change her life. Faith Frank, dazzlingly persuasive and elegant at sixty-three, has been a central pillar of the women’s movement for decades, a figure who inspires others to influence the world. Upon hearing Faith speak for the first time, Greer–madly in love with her boyfriend, Cory, but still full of longing for an ambition that she can’t quite place–feels her inner world light up. Then, astonishingly, Faith invites Greer to make something out of that sense of purpose, leading Greer down the most exciting path of her life as it winds toward and away from her meant-to-be love story with Cory and the future she’d always imagined.

Why this book is a favorite: This book stands out to me because the relationship that receives the primary focus isn’t Greer and Cory, but Greer and Faith. I haven’t read many books that focus on female bonds, much less a relationship that features a woman over sixty. I appreciate the feminist slant of this novel and think Wolitzer tells a compelling story. After I read this book, I wrote that it was one that would stay with me, and that’s turned out to be true.

The Goodreads Summary: If you’ve ever laughed your way through David Sedaris’s cheerfully misanthropic stories, you might think you know what you’re getting with Calypso. You’d be wrong.

When he buys a beach house on the Carolina coast, Sedaris envisions long, relaxing vacations spent playing board games and lounging in the sun with those he loves most. And life at the Sea Section, as he names the vacation home, is exactly as idyllic as he imagined, except for one tiny, vexing realization: it’s impossible to take a vacation from yourself.

Why this book is a favorite: I’ve been a Sedaris fan for years, and have read all of his essay collections. I’ve enjoyed each one, but I think Calypso might be his best. I laughed out loud several times, which hardly ever happens when I’m reading. Sedaris is hilarious, but what I admire about him is his ability to write both comedy and tragedy so well, and sometimes even on the same page. Calypso stands out because of that skill.

The Goodreads Summary: Tara Westover was 17 the first time she set foot in a classroom. Born to survivalists in the mountains of Idaho, she prepared for the end of the world by stockpiling home-canned peaches and sleeping with her “head-for-the-hills bag”. In the summer she stewed herbs for her mother, a midwife and healer, and in the winter she salvaged in her father’s junkyard.

Her father forbade hospitals, so Tara never saw a doctor or nurse. Gashes and concussions, even burns from explosions, were all treated at home with herbalism. The family was so isolated from mainstream society that there was no one to ensure the children received an education and no one to intervene when one of Tara’s older brothers became violent.

Then, lacking any formal education, Tara began to educate herself. She taught herself enough mathematics and grammar to be admitted to Brigham Young University, where she studied history, learning for the first time about important world events like the Holocaust and the civil rights movement. Her quest for knowledge transformed her, taking her over oceans and across continents, to Harvard and to Cambridge. Only then would she wonder if she’d traveled too far, if there was still a way home.

Why this book is a favorite: If this book had been a novel, I would have thought the story was too outlandish. The fact that Educated is a memoir makes it powerful and unforgettable. Westover’s story is fascinating from beginning to end, and her writing is fantastic too. That combination makes for a book I could hardly put down. I finished this in a couple of days because it’s so engrossing. There’s a reason why this book has been receiving so much praise. It’s certainly deserving.

The Great Believers by Rebecca Makkai

The Goodreads Summary: In 1985, Yale Tishman, the development director for an art gallery in Chicago, is about to pull off an amazing coup, bringing in an extraordinary collection of 1920s paintings as a gift to the gallery. Yet as his career begins to flourish, the carnage of the AIDS epidemic grows around him. One by one, his friends are dying and after his friend Nico’s funeral, the virus circles closer and closer to Yale himself. Soon the only person he has left is Fiona, Nico’s little sister.

Thirty years later, Fiona is in Paris tracking down her estranged daughter who disappeared into a cult. While staying with an old friend, a famous photographer who documented the Chicago crisis, she finds herself finally grappling with the devastating ways AIDS affected her life and her relationship with her daughter. The two intertwining stories take us through the heartbreak of the eighties and the chaos of the modern world, as both Yale and Fiona struggle to find goodness in the midst of disaster.

Why this book is a favorite: There are skills certain authors have that astound me. One of those skills is writing a lengthy novel with a lot of fully-developed characters and another is telling a story that goes back and forth between timeliness in an effortless way that makes perfect sense. Rebecca Makkai achieved both of those feats with The Great Believers. A lot is going on in this novel, yet Makkai never lets the story get away from her. It’s a beautifully constructed novel that’s full of love, friendship, tragedy, and healing. I said these titles are presented in random order, but I think The Great Believers is my number one pick this year. It’s outstanding.

NoveList Summary for In the Woods: Twenty years after witnessing the violent disappearances of two companions from their small Dublin suburb, detective Rob Ryan investigates a chillingly similar murder that takes place in the same wooded area, a case that forces him to piece together his traumatic memories.

NoveList Summary for The Likeness: This novel finds Detective Cassie Maddox still scarred by her last case. When her boyfriend calls her to a chilling murder scene, Cassie is forced to face her inner demons. A young woman has been found stabbed to death outside Dublin, and the victim looks just like Cassie.

Why these books are favorites: Tana French is the best thing that happened to my reading life in 2018. I read a lot of thrillers and mysteries this year, and none of them are as good as her Dublin Murder Squad series. (I’ve only read two of the six books so far. I want to savor this series.) Both Rob and Cassie are fascinating and complex protagonists. The cases in both of these books kept me guessing. French creates such a strong, moody atmosphere and sense of place, a combination that made me feel as if I’d actually been transported to Dublin. I cannot recommend these books highly enough and am looking forward to reading the next volume.

The Goodreads summary: Born on a farm and named in a field by her parents–artist Chrisann Brennan and Steve Jobs–Lisa Brennan-Jobs’s childhood unfolded in a rapidly changing Silicon Valley. When she was young, Lisa’s father was a mythical figure who was rarely present in her life. As she grew older, her father took an interest in her, ushering her into a new world of mansions, vacations, and private schools. His attention was thrilling, but he could also be cold, critical and unpredictable. When her relationship with her mother grew strained in high school, Lisa decided to move in with her father, hoping he’d become the parent she’d always wanted him to be.

Small Fry is Lisa Brennan-Jobs’s poignant story of a childhood spent between two imperfect but extraordinary homes. Scrappy, wise, and funny, young Lisa is an unforgettable guide through her parents’ fascinating and disparate worlds. Part portrait of a complex family, part love letter to California in the seventies and eighties, Small Fry is an enthralling book by an insightful new literary voice.

Why this book is a favorite: When Small Fry first appeared on my radar, I had little desire to read it because I wasn’t interested in Steve Jobs (or so I thought). As I started reading all of the Best Of lists for 2018, I kept seeing this book pop up. My library had the ebook available, so I decided to give it a try after all. I ending up devouring this story within a couple of days. Lisa Brennan-Jobs tells a complex and moving story from beginning to end, and it’s her story, not the story of Steve Jobs. I’m always interested in how relationships work, and the tumultuous bond between Lisa and her father is one I won’t forget. If you like memoirs, don’t miss this one. It’s heartfelt, vulnerable, and compulsively readable. I loved it.

Other Books I Enjoyed This Year

And Now a Little Something for the Stats Nerds

Formats: Though I really do enjoy audiobooks, my number is so low this year because I’ve been opting for podcasts instead. I got a Kindle Paperwhite this past year, so the high number of ebooks has a lot to do with how much I enjoy that device.

Books I Own vs. the Library: Since I work for libraries, the library number is always high. One of my goals for 2019 is to read more of my own books, though. I’d like to see that number be 50% or higher next year.

That’s it from me this year. In case you missed it, my reading goals for 2019 can be seen here. If you like what you see on this site, please make sure to share it. Thanks for reading!