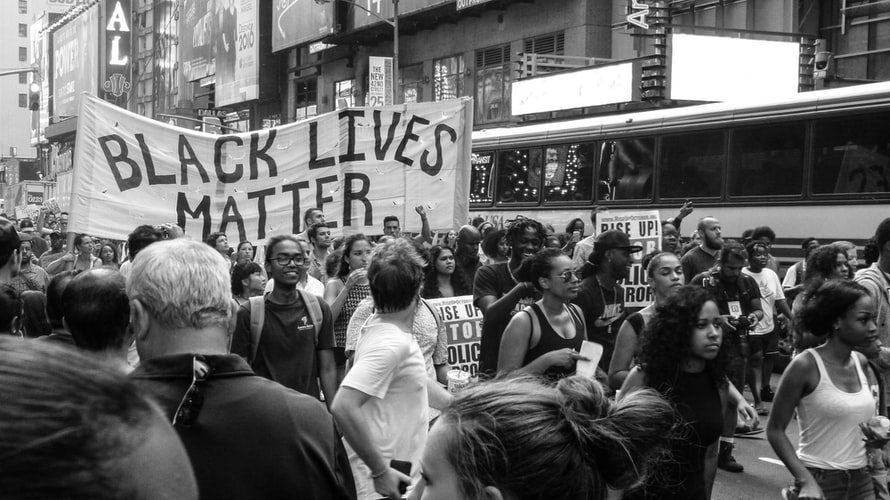 Photo by Nicole Baster on Unsplash

Two of the things I appreciate most about literature is that it nurtures empathy and furthers knowledge. When it comes to issues of race, I, as a white woman, desperately need both of those things. I will never read enough books to completely understand what it’s like to live in a black body, but I can learn from those who do.

As the news stories keep coming in about George Floyd, I think of some who were killed before him.

I don’t know enough about their lives or the violence which led to their deaths. When I realize my shortcomings in a particular area, the first thing I do is turn to books. Today I’m sharing books that have helped give me the empathy and knowledge I’m seeking and am also listing some of the books I plan to read next. I hope this post is helpful for those of you trying to learn along with me.

Most summaries are from NoveList.

I’m Still Here: Black Dignity in a World Made for Whiteness
by Austin Channing Brown

A leading new voice on race and justice lays bare what it’s like to grow up a black woman in white Christian America, in this idea-driven memoir about how her determined quest for identity, understanding, and justice shows a way forward for us all.–Goodreads

If Beale Street Could Talk by James Baldwin

When a pregnant Tish’s boyfriend Fonny, a sculptor, is wrongfully jailed for the rape of a Puerto Rican woman, their families unite to prove the charge false.

Such a Fun Age by Kiley Reid

A story about race and privilege is centered around a young black babysitter, her well-intentioned employer and a surprising connection that threatens to undo them both.

The Nickel Boys by Colson Whitehead

Two half-sisters, unknown to each other, are born into different villages in 18th-century Ghana and experience profoundly different lives and legacies throughout subsequent generations marked by wealth, slavery, war, coal mining, the Great Migration and the realities of 20th-century Harlem.

The Fire Next Time by James Baldwin

A plea and a warning to citizens to examine the actual state of America after a century of emancipation.

The Fire This Time: A New Generation Speaks about Race
edited by Jesmyn Ward

The National Book Award-winning author of Salvage the Bones presents a continuation of James Baldwin’s 1963 The Fire Next Time that examines race issues from the past half century through essays, poems and memoir pieces by some of her generation’s most original thinkers and writers.

Salvage the Bones by Jesmyn Ward

Enduring a hardscrabble existence as the children of alcoholic and absent parents, four siblings from a coastal Mississippi town prepare their meager stores for the arrival of Hurricane Katrina while struggling with such challenges as a teen pregnancy and a dying litter of prize pups.

American Sonnets for My Past and Future Assassin
by Terrance Hayes

One of America’s most acclaimed poets presents 70 poems bearing the same title that, written during the first 200 days of the Trump presidency, are haunted by the country’s past and future eras and errors, its dreams and nightmares.

First published in 1929, Passing is a remarkable exploration of the shifting racial and sexual boundaries in America. Larsen, a premier writer of the Harlem Renaissance, captures the rewards and dangers faced by two negro women who pass for white in a deeply segregated world.

The Color Purple by Alice Walker

The lives of two sisters–Nettie, a missionary in Africa, and Celie, a southern woman married to a man she hates–are revealed in a series of letters exchanged over thirty years.

In Harlem, 1926, Joe Trace, a door-to-door salesman in his fifties, kills his teenage lover. A profound love story which depicts the sights and sounds of Black urban life during the Jazz Age.

This Will Be My Undoing: Living at the Intersection of Black, Female, and Feminist in (White) America by Morgan Jerkins

An influential literary critic presents a highly anticipated collection of linked essays interweaving incisive commentaries on subjects ranging from pop culture and feminism to black history, misogyny and racism to confront the challenges of being a black woman in today’s world.

Between the World and Me by Ta-Nehisi Coates

Told through the author’s own evolving understanding of the subject over the course of his life comes a bold and personal investigation into America’s racial history and its contemporary echoes.

The Books I’m Reading Next

How To Be an Antiracist by Ibram X. Kendi

From the National Book Award–winning author comes a bracingly original approach to understanding and uprooting racism and inequality in our society—and in ourselves. Ibram X. Kendi’s concept of antiracism reenergizes and reshapes the conversation about racial justice in America—but even more fundamentally, points us toward liberating new ways of thinking about ourselves and each other.

Stamped from the Beginning: The Definitive History of Racist Ideas in America by Ibram X. Kendi

A comprehensive history of anti-black racism focuses on the lives of five major players in American history, including Cotton Mather and Thomas Jefferson, and highlights the debates that took place between assimilationists and segregationists and between racists and antiracists.

The Cross and the Lynching Tree by James H. Cone

The cross and the lynching tree are the two most emotionally charged symbols in the history of the African American community. In this powerful new work, theologian James H. Cone explores these symbols and their interconnection in the history and souls of black folk.–Goodreads

Just Mercy: A Story of Justice and Redemption by Bryan Stevenson

The founder of the Equal Justice Initiative in Montgomery, Alabama recounts his experiences as a lawyer working to assist those desperately in need, reflecting on his pursuit of the ideal of compassion in American justice.

So You Want to Talk about Race by Ijeoma Oluo

2 Replies to “A Black Lives Matter Book List for Adults”