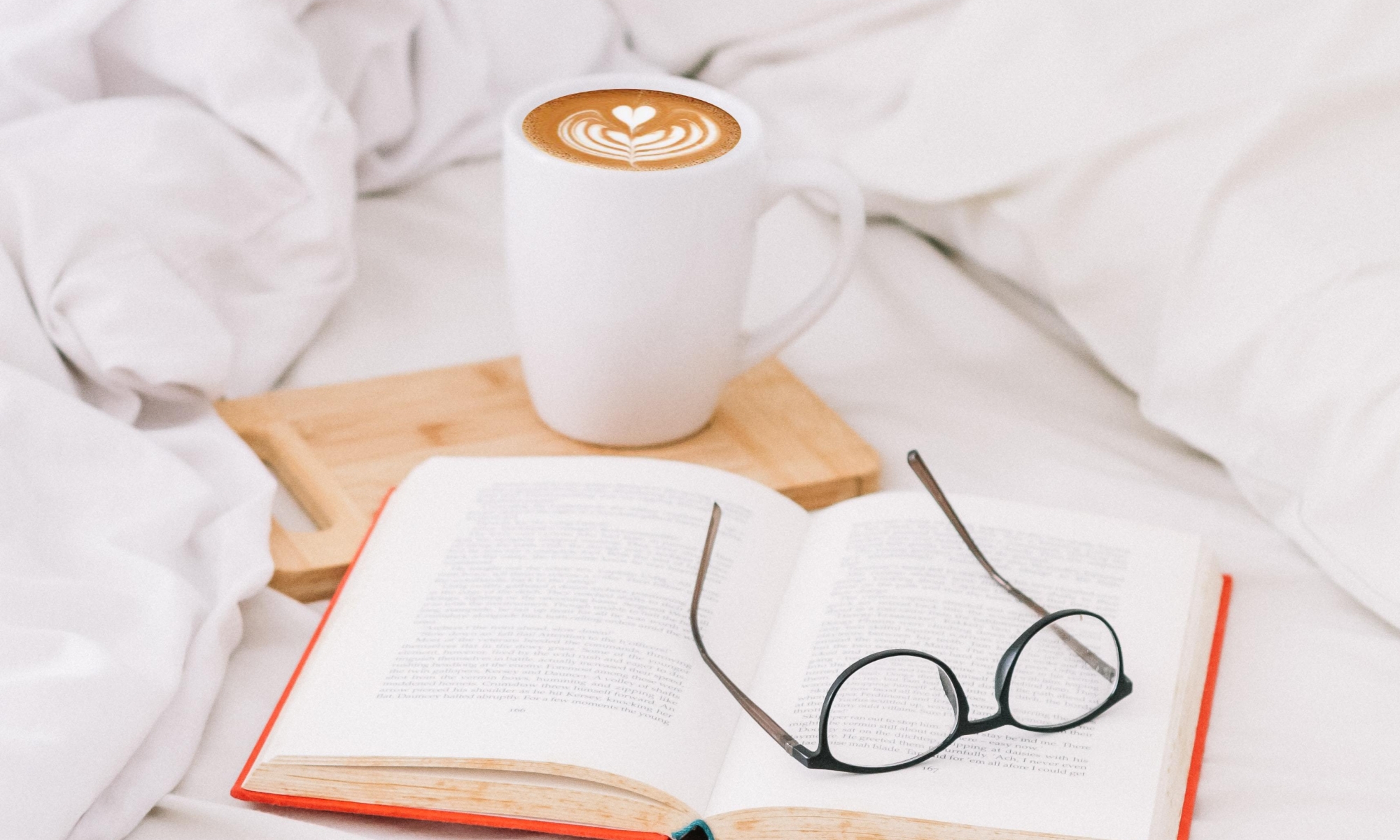 Photo by Sincerely Media on Unsplash

March was certainly a chaotic month, and April promises more of the same. I always strive to be a grateful person, but more than ever, I’m thankful for things I usually take for granted, like having enough food to eat, a home where I’m safe, and a job that continues to support me as I work from home.

I’m also grateful for books and the escape they provide in times of stress. Keep on reading to see what books I devoured last month (and for a lengthy list of other things that have helped keep me sane).

Here for It: Or, How to Save Your Soul in America by R. Eric Thomas

I was unfamiliar with R. Eric Thomas before I read this book, and now I want to be his best friend. He writes a humor column for Elle, which, according to the site, “skewers politics, pop culture, celebrity shade, and schadenfreude.” Here for It is so funny that it made me laugh out loud several times, but Thomas also knows how to be serious, like in the essay where he talks about a friend’s death. If you enjoy writers like David Sedaris and Sloane Crosley, don’t miss this gem of a debut.

The Girls in the Garden by Lisa Jewell

Everything I love about Lisa Jewell’s books is present in The Girls in the Garden: a lush English setting, characters whose lives intersect in surprising ways, and the perfect amount of suspense. The setting for this book is an urban London neighborhood where the houses share a communal park that serves as their backyard. One night after a neighborhood party has ended, a teen girl is found battered and half-naked in the grass. As the book progresses, readers learn more about who she is and who might have left her for dead. If you’re looking for a great page-turner, this is it.

If you’re sensitive to stories of abuse, it’s probably best to skip this one.

When we meet Vanessa Wye, she’s a grown woman working at the concierge desk of a hotel. She used to attend boarding school, and one day a former peer reaches out to her about a teacher there she says abused both of them. Vanessa doesn’t see it that way, though. The man, a then-42-year-old named Jacob Strane, loved her, and she loved him. What her peer sees as abuse, Vanessa sees as her life’s great love story. The novel goes back and forth between timelines, giving readers Vanessa’s point of view as a teen and an adult. First-time novelist Kate Elizabeth Russell beautifully captures the way Vanessa must reinterpret her past and come to terms with her life. My Dark Vanessa is one of the best books I’ve read so far in 2020. It’s one I’ll be thinking about for a long time.

Malcolm co-owns and manages a bookstore that sells mysteries. Soon he’s thrust into the middle of his own when an FBI agent comes into his store and starts asking him questions about a list he posted online. Years earlier, Malcolm published a blog post on the bookstore’s website that listed eight perfect murders from various books. The FBI agent suspects someone is using Malcolm’s list to kill and wants his help. Peter Swanson has delivered another great mystery with this book, which is perfect for fans of thrillers and suspense stories. This novel is such a fun, twisted, and exciting book, and an ideal choice if you need a good distraction right about now.

Then She Was Gone by Lisa Jewell

One day, fifteen-year-old Ellie was walking to the library, but never came home. Ten years later, her family is still trying to pick up the pieces, desperate for answers about what happened to her. In an effort to move on, her mom, Laurel, starts a new relationship with Floyd, a charming man who quickly sweeps her off her feet. But the more Laurel gets to know Floyd and his young daughter, the more questions she has about what really happened to Ellie. Then She Was Gone is a fine book, but it’s my least favorite Lisa Jewell novel so far. I saw the ending coming and wasn’t entirely satisfied with how the story wrapped up.

Notes on a Nervous Planet by Matt Haig

I’ve been a fan of Matt Haig since I read his memoir Reasons to Stay Alive. I love that book and think it should be required reading for anyone struggling with anxiety and depression. In this follow-up, Haig talks about what it’s like to live in a world that’s continually provoking anxiety. People are more connected than ever, yet loneliness is still a huge problem. We have more options today than we’ve ever had before, but that much freedom can provoke plenty of worries. Haig’s short chapters and helpful lists give readers a lot to think about, and his vulnerability in sharing his own mental health struggles is refreshing and appreciated.

Furious Hours is divided into three parts: the story of the alleged serial murderer and fraudster Reverend Willie Maxwell, the trial against Maxwell’s eventual killer, and Harper Lee’s attempt to chronicle these stories in the long-awaited follow-up to To Kill a Mockingbird. Each part is interesting, but I think the book could have been a bit shorter. Casey Cep is a great writer who provides a lot of detail, and I didn’t think all of those details were necessary to the overall story she’s trying to tell. Still, Furious Hours is a fascinating book that’s perfect for true-crime lovers who are also interested in American literature.

All I can say in this time of great distress is thank God for streaming services that fill me with endless entertainment and stories of people who are crazier than I thought anyone could ever be.

The McMillions docuseries on HBO is an excellent fraud story, and I’m convinced that Doug, the FBI agent, needs his own show.

Like nearly everyone else in the world, I watched and was amazed by Netflix’s Tiger King. I listened to the podcast version of this story, but seeing these characters come to life onscreen was certainly an experience I won’t soon forget. Some of those images are seared into my mind forever.

Schitt’s Creek is one of my favorite discoveries so far this year. I love love love this show and have already watched several episodes multiple times. I will never get tired of Moira and David on my television screen.

I was not expecting how tense I’d feel while watching a baking show, but when a custard doesn’t set or a tiered cake comes crashing down, part of me withers and dies inside. In spite of that, The Great British Baking Show is exactly the kind of entertainment I need right now.

What did you read and love in March? What should I read and watch next? Let me know in the comments! Stay safe and healthy.