With the U.S. midterm elections coming up tomorrow, I’ve had politics on my mind. I have zero desire to debate political beliefs or watch cable news, but I do love reading about politics and presidents.

Today I want to share some of my favorite books that fall into those categories. Some are biographies of presidents, others are memoirs, and some are extensive histories. Whatever your political leanings, I’m sure there’s something on this list that will pique your interest. 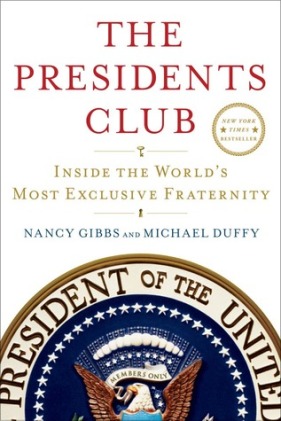 The Presidents Club: Inside the World’s Most Exclusive Fraternity
by Nancy Gibbs and Michael Duffy

In this book, Nancy Gibbs and Michael Duffy explore the relationships between presidents from Hoover to Obama. Because of the ever-widening divisions in American culture between Republicans and Democrats, you’d think the stories in this book would include tales of alliances between members of the same party and bickering by those who were opposed to each other. Yet in several cases, it’s Republicans and Democrats who have the closest relationships, such as Hoover and Truman and Clinton and Bush 41. It’s refreshing to read about how rivals overcame their political battles and entered into deep friendships. This is easily my favorite political book. 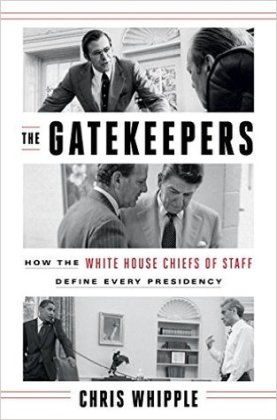 The Gatekeepers: How the White House Chiefs of Staff Define Every Presidency
by Chris Whipple

According to Chris Whipple, the average amount of time a White House Chief of Staff stays in their position is 18 months. If you wonder why it’s not longer, read this book. Chiefs of staff have included men as varied as Dick Cheney, Donald Rumsfeld, Rahm Emanuel, and James Baker. Some have been incredibly effective (like Baker), and others have kept on ascending until they were second in the line to the presidency (like Cheney). Their stories are utterly absorbing from start to finish. If you have even the slightest interest in politics, I can’t recommend this book highly enough.

I picked up this biography because I’m a fan of Jon Meacham, but also because I was curious about George H. W. Bush. One of the reasons he intrigued me so much was because I noticed how people from both sides of the aisle seemed to talk about him with respect (not always, of course, but seemingly more often than not). After reading Destiny and Power, I understand why. This book is worth reading just to hear about Bush’s time serving in World War II. He’d be the first to tell you he’s not a perfect man, but his heroism is admirable, as is his dedication to his family and ideals.

9/11 happened when I was in high school. Before that, I never paid much attention to who was in the White House. After the attacks, President Bush was everywhere and impossible to ignore. He was on every TV screen, newspaper, and website. It was the first time in my life that I’d ever thought much about the presidency, so I was immediately drawn to this book because of that first young awareness. Peter Baker’s history of the Bush/Cheney dynamic is as impossible to put down as any suspense novel I’ve ever read. It’s well-researched, thoughtful, and essential reading for anyone curious about Bush 43 and the complicated relationship he had with Dick Cheney. If you think history is boring, this book will probably change your mind.

Unbelievable: My Front-Row Seat to the Craziest Campaign in American History
by Katy Tur

Katy Tur is a broadcast journalist who delivered NBC’s Trump coverage during the 2016 presidential campaign. This book is her story of that time. For a year and a half, Tur followed Trump around the country. She attended his rallies, was the victim of his insults, and consistently called him out on his lies. Tur’s stories about life on the campaign trail are fascinating, and I admire her tenacity and respect for truth. If you’re still bewildered by what happened in 2016, this book will give you a greater understanding of how Trump got elected.

Fraternity: A Journey in Search of Five Presidents by Bob Greene

The five presidents the title references are Bush 41, Reagan, Carter, Ford, and Nixon. Bob Greene talks to each of them (except for Reagan, who I believe passed away before this book was completed) and reveals portraits of five complex, deeply human,  and very different men. This book is one of the shorter ones I’m sharing today, but it packs so much into its 300 or so pages. Greene captures presidents at their most vulnerable and stripped down. This book is engrossing from start to finish. Go read it.

But most importantly, go vote. Elections have consequences. Make your voice heard.